The situation where two players in the same group get the third and fourth place is called "double down". In the case of double play, both losers are counted as end games.

次头游，则该玩家所在的一方当局额外升1级；累计4次额外升2级，以此类推； 如果某个玩家连续3次末游，则该玩家所在的一方当局额外降1级；累计4次末游额外降2级，以此类推 If a player has 3 head games in a row, the authority of the player ’s side has been upgraded by an additional level; cumulatively, 4 times have been increased by 2 levels, and so on; if a player has 3 consecutive games, the player ’s side is The authorities downgraded by an extra level; the last 4 trips were downgraded by an additional level, and so on

Double down: In the next round, the two losers will each tribute the biggest card to the winner, except the main card; the two tribute cards will be given to the head tour, and the small ones will be given to the second place (when the tribute is returned) According to which card you give back, if the user pays the same tribute, the user will be randomly assigned when returning the card (when returning the tribute, the card will be returned to whom). The winner will return an arbitrary card to his next player. . If the two losers catch a total of two kings in the next round, they will resist the tribute without paying tribute. The king of resistance must be displayed on the interface

Non-double play: In the next game, the end-game player pays the head game player the biggest card other than the main card, and the head game player also returns an arbitrary card. If the last player has two kings, they can resist the tribute without paying tribute. The king of resistance must be displayed on the interface. 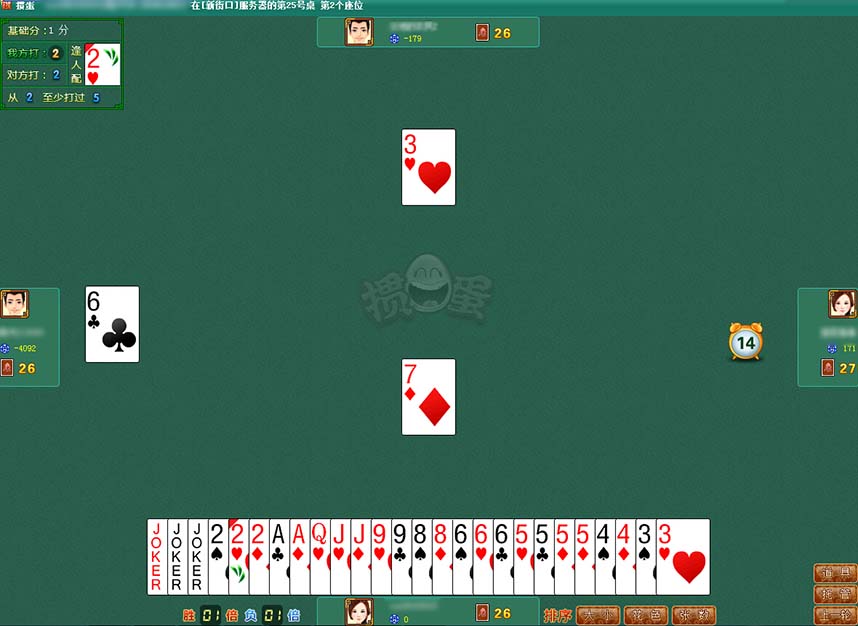