张牌，不垫底牌。 Four decks of tractors, each deal 54 cards, not the bottom card. If no one bids within the specified time after the cards are dealt, the cards will be dealt again. 次无人叫牌的则停止游戏，如果4个人都没有离开桌子又都点击开始的则继续接着上一盘的牌局继续打。 If no one bids for 3 times in a row, the game will stop. If none of the four people left the table and clicked on the start, the game will continue with the previous game.

Labor reform: Any call that does not comply with the rules is regarded as "labor reform", which means "the result of a judgment that the card is wrong and is punished." This result affects all players who are involved in labor reform. 级。 If both parties have one and only one labor reform, each of the labor reforms will be automatically revoked by the server system, and the revoked party will regain the right to issue the license; for the three labor reforms, the party with the largest number is sentenced to labor reform; Level 3 .

Discard the card or remind the opponent to find out that the wrong card later. Before the system does not judge the labor reform, the card issuer can withdraw all the cards. 分。 10 points are deducted for each card. The first time the card is revoked, the legal time for playing cards can be regained. 分的当作弊处理，该盘任何一方赢局时都不能获得积分或游戏币，输局的一方照扣积分或游戏币，如果撤牌扣牌分超过400分的当恶意撤牌处理，立即停止游戏并解散该桌组合。 The same player withdraws and deducts more than 200 points in this game. It will be treated as a disadvantage. No one can win points or game currency when the game is won. The loser will deduct points or game currency. 400 points when the card was withdrawn maliciously, immediately stopped the game and disbanded the table combination. 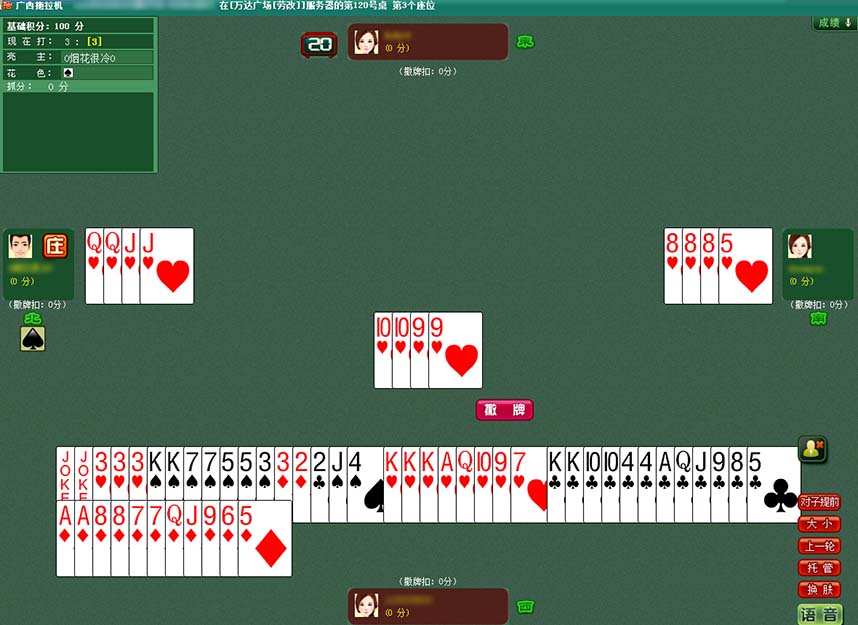